September 22, 2018
Boss of the Toss, Bag Boys and Girls Club of America and the Golden Girls were some of the teams that participated in Layups 4 Life’s and Party With Purpose’s first annual charity cornhole tournament at Willie McBride’s in Hoboken, New Jersey. In total, close to $2,000 was raised. Those funds will be split between L4L’s fundraising efforts for cancer research and clinical trials, while the other half will benefit PWP’s efforts in supporting local children’s charities.

The winner of the double elimination tournament was Bags to Riches, led by the duo of Blaise Barra and Adam Kovonuk. They took home a gift basket which included two tickets to a New York Rangers pre-season hockey game, a gift certificate to Willie McBride’s and two bottles of vodka from sponsor, Jerry’s Vodka. Other donations included gift cards from Total Nutrition Kitchen in Hoboken and SoJo Spa. After the success of the inaugural year, both L4L and PWP hope to make this tournament an annual event. 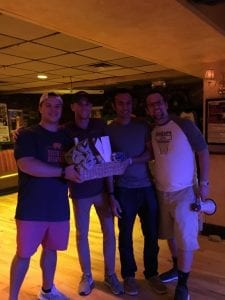 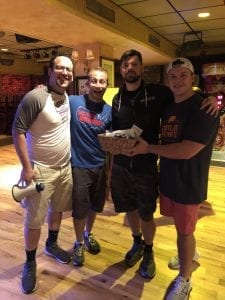 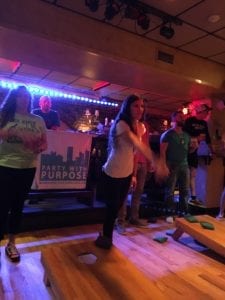 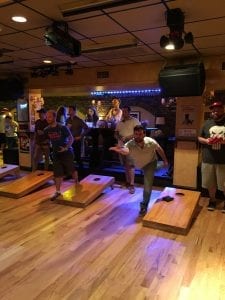