The total is in! With your help and support we raised $14,000 during the 2021 fundraising season

2021 Fundraising Season Comes to a Close 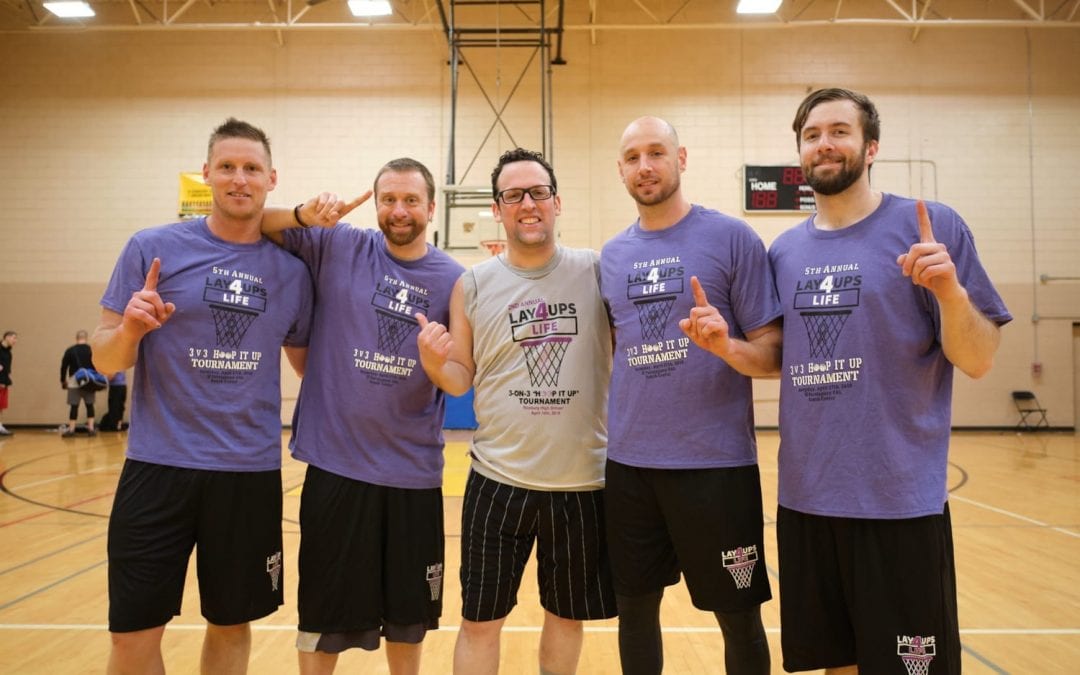 The books are officially closed on Layups 4 Life’s seventh fundraising season. Through live and virtual events, Layups 4 Life continues their on going efforts in raising vital funds for cancer research and clinical trials. This year, despite a global pandemic, the New Jersey based non-profit organization raised $14,000 supporting a department in need within Memorial Sloan Kettering Cancer Center, based in New York City, New York.

Through a combination of virtual and live events Layups 4 Life was able to continue its efforts in generating awareness and supporting the doctors and researchers on the front lines in the fight against cancer. To learn more about where Layups 4 Life will be donating all $14,000 of the funds raised throighout their 2021 season, check out the below letter from MSK which has all the details about how these funds will be utilized in targeting Cellular Metabolism in Acute Myeloid Leukemia.

Building on pioneering research performed at Memorial Sloan Kettering (MSK), Andrew Intlekofer, MD, PhD, and his lab have discovered new insights into the role of mutated metabolic enzymes that could point to novel treatment options for people with acute myeloid leukemia (AML).

AML is a type of cancer that originates in the bone marrow and can affect the production of red blood cells, white blood cells, and platelets. Chemotherapy, combined with a stem cell transplant from a healthy donor, is the standard treatment for AML. Unfortunately, these approaches do not successfully cure the majority of patients with AML. Dr. Intlekofer’s research seeks to develop novel targeted therapies to more effectively treat AML.

Scientists are still learning about the role of enzymes in cancer. Cancer cells can achieve unregulated growth by revving up their metabolic pathways, a cascade of chemical reactions catalyzed by enzymes. Manipulating these pathways with therapies could lead to new ways to halt cancer’s growth.

IDH 1/2 Mutations and Their Role in Cancer Progression Isocitrate dehydrogenase (IDH), made by the IDH1 and IDH2 genes, is an important enzyme in cellular metabolism that acts as a shuttle for small molecules as they move around a cell to be burned for energy. Pioneering research led by Craig Thompson, MD, Ross Levine, MD, and Omar Wahab, MD, demonstrated that mutations in the IDH1 and IDH2 genes can be a driving force behind rare and aggressive cancers such as AML, glioblastoma, T cell lymphoma, and bile duct cancer.

Sequencing the genomes of cancer cells has shown that roughly 12% of people with AML have a mutation in the IDH2 gene. Instead of producing a functional enzyme, the mutated gene produces one with an altered chemical structure leading to the synthesis of the oncometabolite 2-hydroxyglutarate (2HG). In the presence of 2HG, epigenetic changes cause DNA to remain tightly wound and inaccessible, giving cells stem-cell-like properties such as the ability to self- renew, differentiate, and proliferate.

In the last decade, researchers and physicians at MSK have collaborated to understand and therapeutically target mutated metabolic enzymes in cancer. Recently, the FDA approved two drugs, enasidenib (Idhifa®) and ivosidenib (Tibsovo®), to treat IDH-mutant relapsed or refractory AML. As the first mutant IDH (mutIDH) inhibitors developed to treat blood cancer, they work to correct patterns of misdirected gene activity stemming from the way DNA is packaged in cells.

A phase I/II clinical trial conducted at MSK in 2017 by Eytan Stein, MD, and Martin Tallman, MD, demonstrated that enasidenib successfully bound to the mutant IDH enzyme and blocked the production of 2HG.

Of the participants given the mutIDH inhibitor, 40% showed a decline in leukemic blasts in the bone marrow and a reduction of 2HG. However, most patients eventually progress while receiving mutIDH inhibitors and develop resistance to enasidenib.

Investigators did not identify the reasons behind the resistance in the initial studies, but Dr. Intlekofer and team are currently looking at that response to mutIDH inhibitors in patients with advanced AML. In a recent clinical trial, Dr. Intlekofer sequenced the genomes of two patients with IDH2-mutant AML who had become resistant to enasidenib. By tracking the

levels of 2HG in the patients, who were treated with more than one mutIDH inhibitor, the researchers discovered that the cancer cells could restore 2HG production, even in the

presence of the drugs, through a process called isoform switching, in which another mutant enzyme is produced.

Two mutations emerged in response to therapeutic intervention. If the first mutation was inhibited, other mutations on a different allele became activated through transcription. Using sensitive sequencing techniques, researchers can now detect resistance mutations before therapy or early on in the process. More clinical trials testing the efficacy of dual mutIDH inhibitors are underway.

In the process of studying resistance mutations, Dr. Intlekofer’s lab made another surprising finding. After culturing leukemia cells and altering where these resistance mutations occurred in the genome, they observed that the cells ramped up production of 2HG. If both mutations were located nearby on the same allele in the genome — a configuration never observed in patients — the cell became a 2HG super producer, essentially overwhelming the cell and inhibiting its rapid growth.

Instead of developing additional treatments that hit the brakes on IDH enzymes, scientists can perhaps switch tactics and step on the gas, using the acceleration of 2HG production to damage cancer cells. This promising data could offer a paradigm shift in treatment approaches for people with IDH-mutant AML. Dr. Intlekofer’s lab and collaborators are screening for other small molecules that could activate IDH enzymes and turn them into 2HG super producers. It’s possible that chemotherapy may be more effective for these patients if administered in combination with a small molecule activator of 2HG. Piloting this revolutionary therapy in people with IDH-mutant relapsed or refractory AML could pave the way toward treating other IDH-mutant cancers.

With MSK physician-researchers generating some of the field’s most significant breakthroughs, we are poised to continue this momentum into the future. We hope that you will join us to help Dr. Intlekofer accelerate the pace of progress through his research.